Could there be life without electricity in 2022? 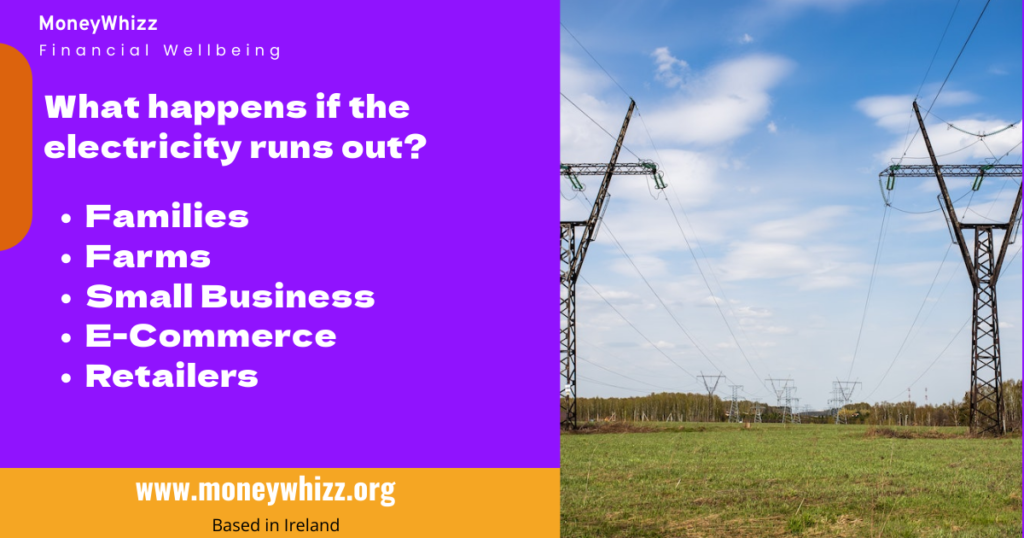 Could there be life without electricity in 2022?

How would a modern financial system cope under rolling electricity blackouts.

Over the last few weeks, there has been a low frequency of reference to ‘rolling electricity blackouts’ being planned for in the UK. This is a result of a series of events affecting the entire electricity generation eco-system. What this could mean, at its worst is a similar situation developing here in Ireland.

Even if this does not occur, it does raise important questions, not least, how would we cope?

The growing dominance of electricity as the bedrock to modern living has been expanding at an almost exponential rate. From heating to household chores, to cashless payments and driving our cars, it is becoming increasingly difficult to live without. In fact, it now plays a central role in environmental protection thinking. And while its generation is a major focus of environmentalists and governments everywhere, its dominance is guaranteed.

But in 2022, we have arrived at a ‘what if’ moment, what if there was not enough electricity to go around?

While it may be a little far-fetched to imagine long periods of time where there was no electricity at all, rationing is becoming a small but significant focus.

We thought we had inflation tamed

Failing to consider the possibility of significant disruptions to electricity generation would be foolhardy at best and down negligent at worst. It is in some ways not unlike a view held on inflation right up through the middle of 2021. Many people, including seasoned economists thought inflation was permanently tamed. It was not. Today, inflation is rampant and running at a level unseen in over 40 years. It is having a very significant impact on the financial wellbeing of families everywhere. The same applies to be belief that war in Europe was banished forever and Polio was a disease of the past. Both have reared their ugly heads again in 2022.

Could the same happen with electricity? Could we be facing significant disruption in the months ahead?

Unlike the 1970’s, when electricity rationing may have been used as a coping mechanism, especially across the UK, today, our modern way of living is very different. For example, many more homes are fully dependent on electricity for heating and light.

Refrigeration is much more central to food storage and management.

The rise of cashless payments means many more families are reliant on merchant card readers to pay for a vast array of goods and services at points of sale. And even where cash is exchanged, electronic tills require electricity to complete a sale and process those cash payments.

Getting around or running out of charge

While the percentage of fully electric cars on Irish roads is miniscule, for those that drive them, electricity rationing must be a cause for concern. Unlike hybrid-electric cars that operate on a dual-fuel system, electric-only are fully reliant on the regular supply of electricity to be charged.

It may not come to this

While electricity rationing is a concept, it may never come to pass. Ireland continues to have a very successful electricity generation industry. Also, many retailers will have back-up power generation facilities so outside of the home, the prospect of rolling blackouts will be somewhat mitigated.

However, we do live in extraordinary times. Like inflation, electricity supply should not be taken for granted. Plus, it not just a question of electricity generation here in Ireland. Since Ireland is connected to the UK as part of a wider electricity market, what happens in the UK will have an impact here.

At a minimum, we should at least consider the possibility of electricity rationing throughout the winter. Doing so will ensure we can be better prepared if the worst-case comes to pass. Not doing so, especially at Government level would be careless.

Buy-now-pay-later startups get a wake up!  Next Post :
Previous Post :   How will price elasticity impact consumer spending, retailers in the months ahead