Fraud prevention: How to identify and avoid scams 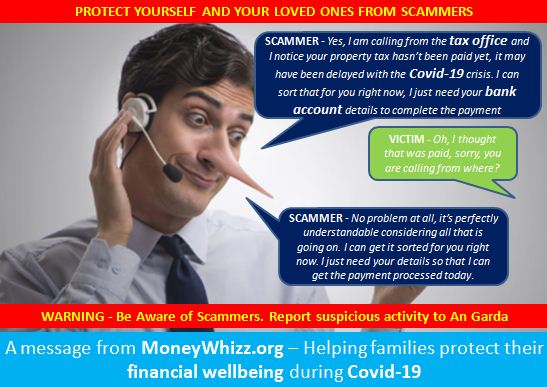 Fraud prevention: How to identify and avoid scams

Fraud prevention has become a key life skill as a result of increasingly digital lives. During the Covid-19 emergency, scammers and fraudsters were busy at work. It’s little wonder; many people were vulnerable during this time of crisis and fraudsters thrive on manipulating people’s vulnerabilities.

Scammers spend their entire lives perfecting their ability to win the confidence of others while the rest of the population will be unprepared. This is why it is so important to be extra vigilant at this critical time. To put it another way, extreme caution is just what is required to protect your financial wellbeing and survive this extraordinary time in our history.

Psychologists generally agree there are three core traits of a scammer: psychopathy, narcissism, and Machiavellianism.

Within the general population it is estimated that three percent of the population has psychopath traits. General characteristics include a persistent antisocial behaviour, impaired empathy and remorse, bold, disinhibited and egotistical traits.

Narcissism is far more common where scammers create their own justifications on why they track, fool and steal from others. They can have a sense of entitlement and this provides them with the sense of justification when they steal, to them, it is more important than the loss they inflict on victims. They remove any sense of sympathy. However, this behaviour can also help you spot a scammer; the inflated sense of confidence can be a clear giveaway.

Machiavellianism on the other hand is a lot more difficult to spot. Broadly, it is defined as having the ability to persuade. They are masters at planting thoughts in the minds of others; to such a degree that victims can feel it was their own idea to act in a particular way all along. Having a heightened sense of awareness of the risks we face today, ask yourself if you feel you may have been too easily influenced by a stranger, either face-to-face or over the phone.

Now that we have examined some of the primary behaviours of scammers, the following are some steps you can take on board to protect yourself, you family and of course, your long-term financial wellbeing.

1. Avoid getting emotionally involved in stories of woe from strangers

Scammers are storytellers. Their skill is to create a narrative that feeds into the events of the day and also, where they can quickly assess and manipulate the vulnerabilities of their victims. Elizabeth Holmes founded a company called Theranos. It fraudulently claimed to have reinvented blood testing but it was all a scam and Holmes, for several years avoided detection through lying, manipulation and bullying. Before she was found out, she had lured investors to part with billions of dollars and some of the most seasoned political and business leaders to sit on the board of Theranos.

To defend against any type of manipulation, avoid falling for unscrupulous emotional stories. You also need to be strong; scammers can quickly turn charm into bullying to get their way.

2. Ignore the fear of missing out

We might call it FOMO but the fear of missing out can be very real for a lot of people. In this really strange time of Covid-19, there can be many fears impacting each and every one of us. Scammers know people are on edge. A bank branch closing, a Government programme that has just been announced, supermarkets that have scaled back hours of operation, safety clothing that is in short supply. They look to prey on the natural fears people will have and they manipulate those fears.

To avoid being taken advantage of, take extra time to consider every key decision. Do not be rushed into any decision that may have a detrimental impact on your family, your finances or your financial wellbeing.

Social media has become a hunting ground for fake news and fake friends and this is where your fraud prevention antenna need to be fully alert. As with FOMO, reflect on all so-called friend requests. Be brutal. Scammers are always on the lookout to get as much information as they can on you…just to use it later to take advantage. Your social media account can be an open book unless you are extremely vigilant about who you accept friend requests from.

4. Be paranoid about all of your social media privacy settings.

If you have become the victim of a fraud or if you feel that you were targeted, you should report the incident to An Garda Siochana. Often people may feel shame. They may feel their own actions allowed the criminals to take advantage but this is not the case. Criminals look to target everyone. They never stop. They are always looking for weaknesses where they can create an opening. The Covid-19 onset is just another opportunity. You did not cause the crisis but if you have been a target or a victim, you can do your part and report it so that the authorities can be aware and create awareness so that others can be informed. By reporting it, you are fighting back. So be aware, be alert and be safe.

Frank Conway is a Qualified Financial Adviser and Founder of MoneyWhizz, the financial wellbeing initiative.